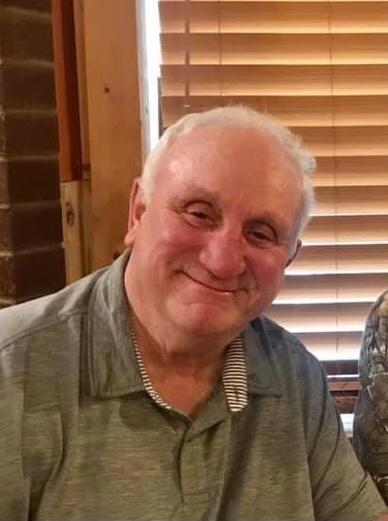 Harold E. Cook 77, of Emily, passed away as a result of a motor vehicle accident. Mass of Christian Burial will be held at 1pm August 18, 2021 at the St. Emily’s Catholic Church with a visitation from 11am -1pm. Interment will be held at 1pm on Thursday August 19th, at the Calvary Cemetery in St. Peter, Minnesota.

Harold was born in St. Peter, Minnesota to Wilfred and Patricia (Stafford) Cook. He and his family grew up on the Cook Brothers Family Mink Farm, where he lived until 1962 when he enlisted in the Navy and became an aviation mechanic.  After the Navy he attended The Spartan School of Aeronautics in Tulsa, Oklahoma which started his 35+ year career with Northwest Airlines.

On January 27, 1968 he married Sandra Morgan. Harold was an avid outdoorsman; he was a hunter and fisherman. You could always find him at Swan Lake with his brothers, sons, and nephews. Harold always enjoyed a good card game, golfing, bingo and going to the meat raffles where he was occasionally referred to as a “meat hog”. He remained active through all his days racing snowmobiles, to hunting and fishing out west and in Canada. Whether he was riding through the woods on an ATV, camping at some scenic location, or just having coffee, he offered a smile that could light up the room. He was loved by all who knew him.

Harold is survived by his children; David (Kim) of Rochester, Gretchen Whitney of Omaha Nebraska and Morgan Cook from Minneapolis, grandchildren; Grant Whitney and Garrison Whitney, siblings; John, Jim, Tom, and a host of friends. He is preceded in death by his wife Sandra, parents Wilford and Patricia, and sister Patty.

To order memorial trees or send flowers to the family in memory of Harold Cook, please visit our flower store.