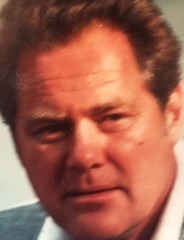 H. Laury LePage, of Nisswa, died in his sleep on June 14, 2020, at St. Cloud Hospital, surrounded by the love of his family, with his son at his side. He was a devoted husband to Marilyn, loving father to Shari and Dave, a doting grandfather to Julia, Erin, Christina, Kate, Claire and Grace, and great grandfather to Veda, Cooper and Azalea.

All who knew Laury understood that his family was the focus of his life. He was known for his sincere empathy for others, his wicked sense of humor, and his keen intellect.

Laury was born on December 30, 1934, the only child of Hector and Irene (Dohmeyer) LePage.

He served honorably in the U.S. Army Security Agency, stationed in Korea from 1955 to 1958.

He met and married the love of his life, Marilyn Munson, in 1959.

He earned Bachelor’s and Master’s Degrees at Winona State University. He received his doctoral degree from Northern Illinois University.

He began his career teaching at Houston, MN, High School. He was, next, the guidance counselor at the fledgling LaCrescent (MN) High School. He then began counseling students at University of Wisconsin-LaCrosse, presently attaining a professorship and mentoring students at UW-L in the Master’s College Student Personnel Program, from 1969 to 1996.

He was preceded in death, by his parents, his father and mother-in-law, Ernest and Agnes Munson.

As Laury wished, there will be no services, apart from a family celebration and remembrance.

The LePage Family requests no flowers or memorials. Donations to Minnesota Public Radio, Doctors Without Borders or the Democrat candidate for office of your choice, are preferred.

To order memorial trees or send flowers to the family in memory of H. LePage, please visit our flower store.