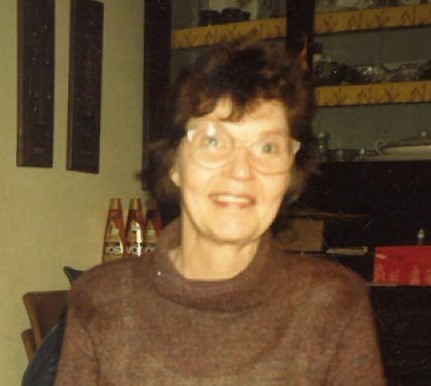 Geraldine passed away on July 25th, surrounded by her family at the age of 93. Geraldine (Jeri) Hanson

was born in Pingree, North Dakota on January 2, 1929. Services will be held 11am on Monday August 1st,

2022, at the Brenny Family Funeral Chapel in Staples. A visitation will take place one hour prior.

Interment will follow at the Minnesota State Veterans Cemetery.

Jeri attended elementary school in Nevis, MN. Later the family moved to Arago Township where she

Rapids and had worked at the Itasca Headwater Store. She also worked in Bemidji, cleaning rooms at a

United in marriage to Leon Ricker on September 2, 1947, at Park Rapids, MN. They farmed in Hubbard

County, north of Park Rapids before moving to Minneapolis in 1956 and later moving to rural

Browerville area in 1964 back to farming. They moved to Fairmont in 1980 and ran the Highland Court

Motel until 1986 then returned to the Browerville Farm. Jeri and Leon retired from farming in 1992 and

dancing and listening to old-time country music. She was a member of the local card club for many

years. Jeri was a member of the modern Duets Homemakers Club and a reporter for Staples World and

Township. Above all she was a true blue Minnesota Twins and Vikings Fan.

Jeri will be missed by her children; Malcolm of Browerville, Julianne (Gary) of Nevis, MN, and Douglas

two great-great grandchildren. Jeri was preceded in death by her husband Leon, her parents, three

Arrangements have been entrusted to the Brenny Family Funeral Chapel, Staples

To order memorial trees or send flowers to the family in memory of Geraldine Ricker, please visit our flower store.