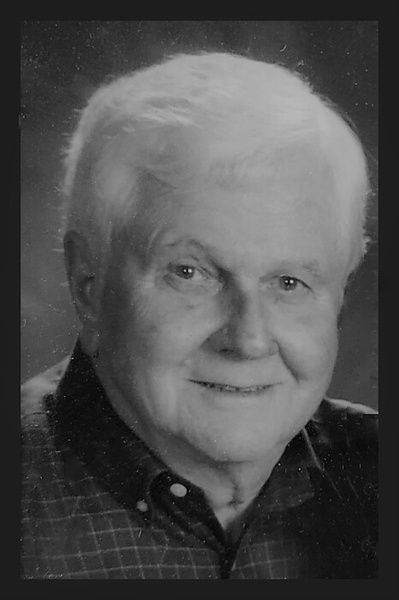 Gerald Dennis O’Keefe was born to Sheridan and Regina O’Keefe on January 21st, 1933, in the year of our Lord. Jerry left us on November 30, 2020. Jerry was born and raised in St. Cloud, Minnesota. Growing up, Jerry spent an immeasurable amount of time working at Carl’s Grocery on the East Side, and a proud and magnificent existence at the local granite quarry swimming holes. Jerry graduated from St. Cloud Tech High School in the class of 1951. He enlisted in the U.S. Army in 1953, where he trained with the infantry in the medical and communications unit as a wiring and technical specialist until his discharge in 1955. Jerry and Mary Ann Reh were married in St.Cloud on August 20, 1955; where he worked as a lineman for Northwestern Bell from 1955-57. That year led to a Northwestern Bell transfer opportunity when the couple moved to Staples, MN and the beginning of a growing family. Jerry worked for Ma Bell/AT&T for 32 years until his retirement in 1989. After a brief retirement, in 1989 Jerry started his own company of O’Keefe Communications, and later was joined by his son Steven, until Jerry’s retirement in 1995.

Jerry was an avid member of the Staples Lions Club, Sacred Heart Catholic Church, The Knights of Columbus, The American Legion, and 37 glorious years as an ardent member of the Staples Volunteer Fire Department. Jerry loved the outdoors, fishing, duck and deer hunting, and watching his children and grandchildren’s sporting events and competitions.

Jerry will be fondly remembered by many friends and family who will miss his laugh, stories of friends, adventures, limericks, and his unwavering respect for the diversities of our American slang and dialect. It is for certain that upon Jerry’s arrival at the Pearly Gates he approached St. Peter with a handshake and said “you from around here?” When he was greeted by Mother Mary at the holy table he responded, “uh... say... you don’t mind if I ask questions, do you?” And we know for sure that heaven is little more noisy, and if we listen closely we can hear the saints echo back Jerry’s harkening call of “eee-eye-eee-eye-eee-eye-oh!”

A Mass of Christian Burial will be on December 12, 2020 at 11AM at Sacred Heart Catholic Church in Staples, MN. A visitation will be held one hour prior. Interment will be at the Minnesota State Veterans Cemetery. Funeral arrangements are entrusted to Brenny Family Funeral Chapel- Staples, MN.

To order memorial trees or send flowers to the family in memory of Gerald O'Keefe, please visit our flower store.