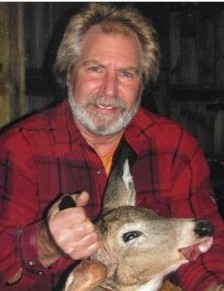 Gary was born in North Dakota to Philip and Geraldine (Hahn) Mayer on April 6, 1957. He graduated from Little Falls High School in 1975. Gary worked for the Hennepin Paper Company in Little Falls for over 20 years. In 1997 he purchased his first milk truck and began hauling milk for local farmers. He enjoyed driving truck and visiting with the farmers. In his younger years, you could find Gary playing softball, shooting pool or winning horseshoe tournaments.  Gary had a lifelong passion for classic cars, especially Mopar. Gary’s kids fondly remember him doing burn outs and sliding them across the freshly ArmorAlled back seat of his Dodge SuperBee when they were kids. He was an avid deer hunter all of his life and looked forward to Deer Camp every year. Gary's favorite holiday was the 4th of July. He was known for his awesome 4th of July parties and “better-than-the-pros" fireworks displays. He will be missed by all who knew him.

Gary is survived by his daughter; Amanda (Tomas) Zimmerman of Little Falls, son; Rick (Aja) Mayer of Alexandria, grandchildren; Caleb, Carter and Zailey, brother; Tom, and sister; Cindy. He is preceded in death by his parents; Philip and Geraldine Mayer and grandchild; Natalie.

To order memorial trees or send flowers to the family in memory of Gary Mayer, please visit our flower store.