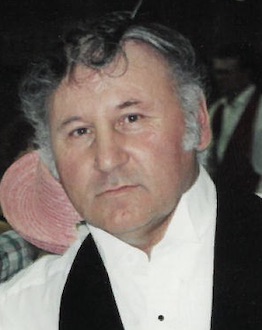 Garry Peck, age 75, of Nisswa passed away peacefully surrounded by his loving family on September 10, 2020.  A gathering of family and friends will from 4-7PM on September 17, 2020 at the Brenny Family Funeral Chapel, Baxter with military honors at 6:30PM.  Interment will be in Wildwood Cemetery, Pillager at a later date.

Garry was born July 15, 1945 in Brainerd to Johnny and Dorothy (Watson) Peck.  He graduated from Brainerd High School and following graduation was drafted into the United States Army.  Garry proudly served overseas in Germany from 1965 – 1968 until he was honorably discharged.  He married Janet Hime on August 8, 1970.  Garry enjoyed classic car shows, music, snowmobiling, and hot rods.  Family meant the world to Garry and he will be dearly missed by all who knew him.

To order memorial trees or send flowers to the family in memory of Garry Peck, please visit our flower store.