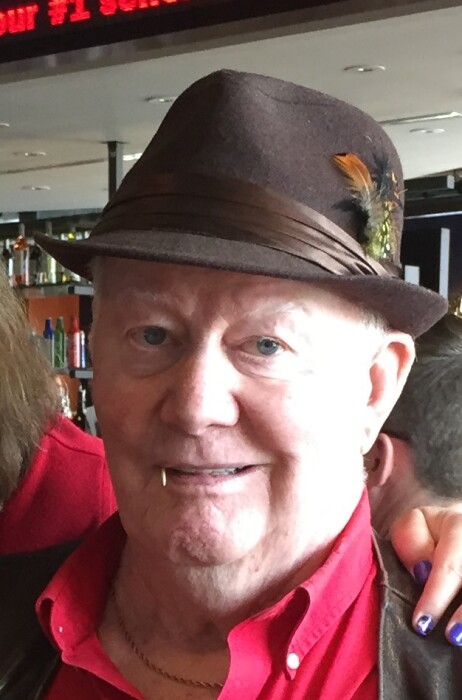 Red was born on March 3, 1928 to Herman and Luella (Pierce) Newcomb in Randall. He was the 3rd out of 9 children. At a young age, he went to the Dakotas to help support his family. At age 16 he enlisted in the Navy during WWII and was sworn in just after his 17th birthday (with his father’s approval).  After boot camp, he was sent to Guam to help with road/bridge construction work, where some of the locals (in the mountains) thought WWII was still going on and he was shot at.  When they came home, the day before they were scheduled to dock in California, the Navy decided to retire that ship, in New York, so they travel through the Panama Cannel and up to New York.

On January 5, 1956 he married Delores Opatz. They owned a home in St. Louis Park for more than 60 years, and raised one daughter, Renee. Red worked in many jobs, Richfield Yards, Hedberg, Cemstone, owned his own construction business, J & R Enterprise, Newcomb Brother’s Nursery and the Cove Resort (37 acres).  He mostly did construction work and drove truck.  He retired from Cemstone at 65.  In the 60’s, 70’s and 80’s, Red also sold Christmas trees.  Him and his brother Donnie would go to Wisconsin and Michigan buy the trees.  Then they would spray the trees with green fire retardant.  At the end of a day of spraying he looked like the Jolly Green Giant.  November he would make many trips to WI and MI to haul all the trees back to the tree lots. A lot of family and friends helped run the tree lots in Minneapolis, St. Paul, Denver, San Bernardino and Santa Ana.  Red enjoyed Deer, Elk and Caribou hunting, fishing and in his younger years bowling. He loved to watch the Twins and the Vikings.  He owned a bobcat, and with it he would say “I got to go make some minnow money”. He was very good with it, he would plow driveways in the cities, he built the 4 wheeling trails on his hunting land.  He rode his Harley Davidson until he was 90.  He will be truly missed by all who knew him.

Arrangements have been entrusted to the Brenny Family Funeral Chapel, Randall

To order memorial trees or send flowers to the family in memory of Floyd "Red" Newcomb, please visit our flower store.