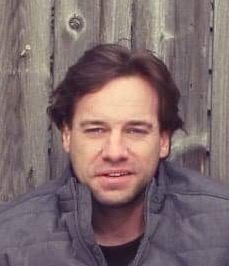 Eric Eugene McKinney, age 45, died unexpectedly on Tuesday, July 21, 2020 at Mercy Hospital in Anoka. A Celebration of Eric’s life will be held at 1PM on Friday, July 31, 2020 at the Brenny Family Funeral Chapel in Baxter, MN.  Visitation will be one hour prior to services on Friday at the funeral home in Baxter.

Eric Eugene McKinney was born in Brainerd on June 2, 1975 to Robert and Connie (Knowlen) McKinney.  As a young boy growing up in Brainerd, Eric was determined and fearless; and always showed up his older brothers.   Eric married the love of his life, Rhonda Carper, on June 12, 2004 in Fridley, a love that has remained for 25 years. The couple had three boys; Eric always pushed his boys to excel and was immensely proud of every accomplishment they achieved.  He also had a beloved four-legged companion, Tito, who went everywhere with Eric.  Eric was a force of nature; if he set his mind to achieve a goal, he gave 150% to accomplish and exceed that goal.  He was driven to try new things, especially anything that involved athletics.  Eric was passionate about playing baseball, softball, skateboarding, snowboarding, boxing, golf, and the list goes on and on.  He was a mentor to many, lending an ear to listen without passing judgement, and inserting humor when necessary.  Eric was caring, passionate and overall a BADASS FORCE OF NATURE.  Above all else he loved his family unconditionally and will be dearly missed by all who knew him.

To order memorial trees or send flowers to the family in memory of Eric McKinney, please visit our flower store.