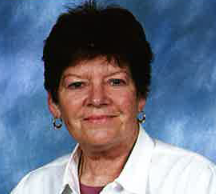 Shortly after graduation, Emily was engaged to Larry Jones from Rochester, MN; who is the biological father, of her daughter Vickie.  But, unfortunately, Larry passed away in 1959, after battling a kidney disease.

On September 29, 1962, in Austin, MN, Emily was united in marriage to Larry Kohler.   During the 33 years of marriage, they moved to several locations, within three different states; (MN, ND, and MT).  In 1991, Larry, Emily and their Son, Todd; purchased a family style resort on Big Pelican Lake, just South of Detroit Lakes. Emily was a natural resort co-owner with her outgoing nature and overall enjoyment of providing guests with a welcoming atmosphere. After Emily and Larry separated; she lived in Colorado by her daughter Vickie and her grandchildren, whom she enjoyed spending time with. Shortly thereafter, Emily relocated to Motley, MN, near her parents, brother and son.

Throughout her working career, Emily was an integral part of restaurant management; Resort co-owner; Nurses Aid at Emmanuel Nursing Home, Detroit Lakes, MN; a licensed Notary of Public; Licensed Insurance Agent in Staples, MN.   After retirement, Emily enjoyed the warmer winters in AZ with the company of her partner Norman Kuhn.  Emily was known for her Fabulous cooking, and bringing people together to share a meal.

She enjoyed walking in nature, gardening, and fish outings with her son, Todd.   She also made many trips throughout the years to Colorado to visit her daughter; Vickie, grandchildren/great grandchildren and her nieces, nephews and her brother-in-law, Dick Ferguson and her sister-in-law, Gloria Carpenter. She would spend a month or two enjoying the family; along with the beautiful weather that Colorado brings!

Emily enjoyed life and everyone around her. She will be remembered fondly for her love of family and friends, and the willingness to always assist those in need. She will be dearly missed by all who were blessed to have known her.  Blessed be her memory until we meet again.  At this time, no services will be held. Emily will be laid to rest in Evergreen Cemetery, Staples, MN.

The family asks that in remembrance, you recall how Emily has blessed and influenced each of your lives with her compassion Memorial donations in honor of Emily may be made at donor’s choice.  Arrangements are by Brenny Funeral home, Staples, MN.

To order memorial trees or send flowers to the family in memory of Emily Kohler, please visit our flower store.