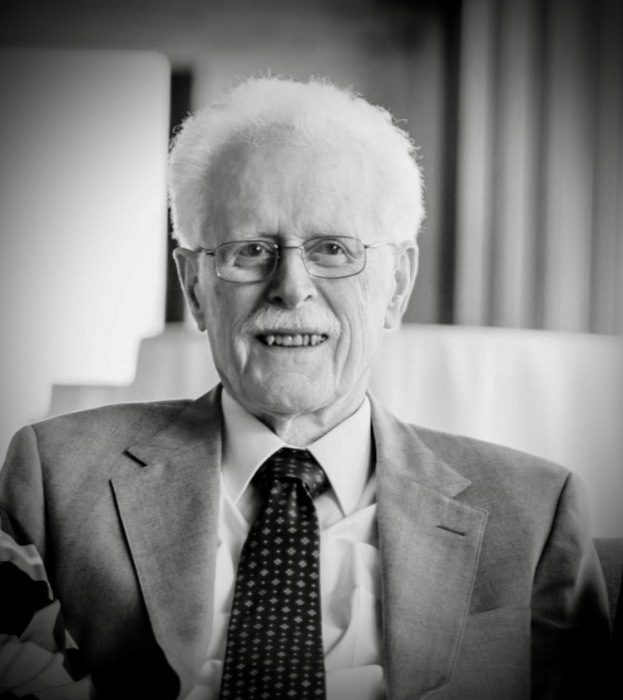 Earl G. Angell, age 95, of Crosslake and formerly of Minneapolis passed away peacefully at Cuyuna Regional Medical Center on Thursday, February 11, 2021.  A private family service will take place at Minnesota State Veterans Cemetery near Little Falls.  A celebration of Earl’s life will take place at a later date, when it is safe to gather together again.  Arrangements have been entrusted to Brenny Family Funeral Chapel, Crosslake.

Earl was born October 6, 1925 in Chicago, IL to George and Myrtle Angell. After the 9th grade his family moved from Chicago to Minneapolis where he graduated from Washburn High School in 1943.  Following high school graduation, Earl proudly served his country in the United States Navy during World War II.  After his honorable discharge from the Navy, Earl attended the University of Minnesota where he obtained his Bachelor’s degree in Civil Engineering.  Earl married Helen and the couple had three children; he became a widower after Helen’s untimely passing.  Earl married Marge on July 9, 1983 in Fridley, and two families became one Angell family.  He worked for the Asphalt Institute for 28 years; educating communities about the importance and durability of asphalt in roadway projects.  If you started a conversation with Earl regarding asphalt, you were in for a full hours long lecture about the importance of asphalt and it’s qualities. After his “retirement” Earl worked for MNDot for 7 years until his official retirement. Earl and Marge moved to Crosslake in 2001.   He was a member of Crosslake Presbyterian Church and Crosslake American Legion Post #500.  He enjoyed reading, Soduko puzzles, traveling, and the occasional golf outing (when the weather was nice).  Earl was kind, considerate, polite, and had a wonderful unique sense of humor.  Above all else, Earl was a devoted husband, amazing father, and wonderful grandfather and great grandfather who loved his family beyond words.  Earl will be dearly missed by all who knew him.

To order memorial trees or send flowers to the family in memory of Earl Angell, please visit our flower store.