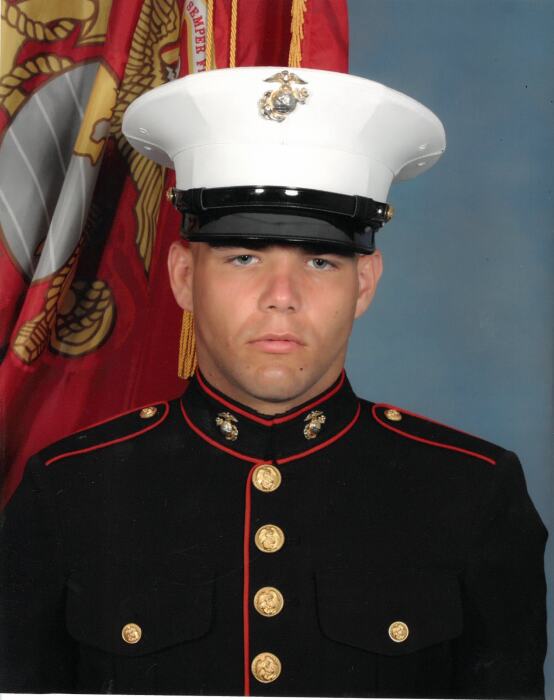 Duff Allen Brown, age 33, died Thursday, August 13, 2020 at his home in Staples.  Funeral services will be at 11AM on Tuesday, August 18, 2020 at Trinity Lutheran Church in Staples.  Pastor Robin Collins will officiate and burial will be in Evergreen Hill Cemetery, Staples.  Visitation will be held from 5-7PM on Monday, August 17, 2020 at the Brenny Family Funeral Chapel, Staples and one hour prior to services on Tuesday at the church.  Arrangements have been entrusted to Brenny Family Funeral Chapel, Staples.

Duff was born January 7, 1987 in Wadena to Rock and Charlene (Dukowitz) Brown.  He is a 2005 graduate of Staples Motley High School; Duff was active in wrestling, football and became Homecoming King his senior year of high school.  Growing up, Duff spent a lot of time with his grandma and grandpa Dukowitz; he enjoyed baking with his grandmother and tinkering in the garage with his grandfather.  Duff proudly served his country in the United State Marine Corps with two tours during Operation Iraqi Freedom and one tour during Operation Enduring Freedom.  Following his honorable discharge, Duff returned home to Staples to be closer to family.  He walked strongly in his faith and was active at Trinity Lutheran Church.  Duff enjoyed watching the Guppies in his freshwater fish aquariums, Marvel Comics, watching sitcoms, and collecting knives.  He loved to make people laugh and always brought a brightness to a room.  Duff was caring, warm hearted, giving, honorable, funny, wild and straight forward; above all else he loved his family beyond words and will be dearly missed by all who knew him.

To order memorial trees or send flowers to the family in memory of Duff Brown, please visit our flower store.