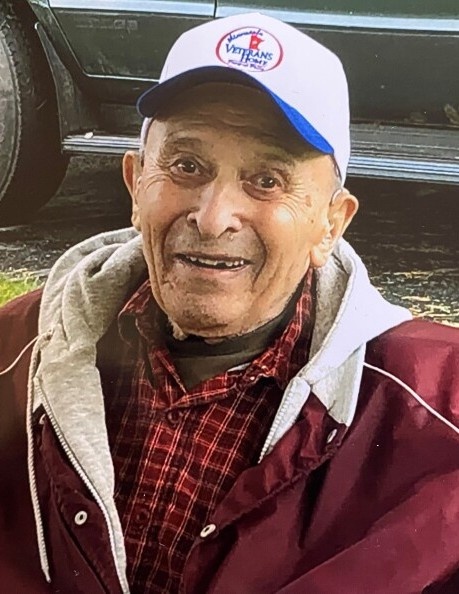 Douglas Leroy Grossman, 90 years old passed away peacefully in his sleep May 1st at the Minnesota Veterans Home in Fergus Falls.

Doug grew up on a rural farm in Moran Township where he was very active in 4H, showing livestock and serving on many 4H boards and attending National Conventions on their behalf.

Doug Served in the US Army during the Korea conflict. Upon returning home Doug Married Bonnie Jean Liane on June 30, 1956.

Doug and Bonnie were very active in the Staples Community for all their lives.

Doug was a journeyman electrician for Cross Electric for a few years before he became a Master Electrician and starting Doug’s Electric in 1968. He remained self-employed until his retirement.

A devoted member in the Lions Club, Doug was also on the Trinity Lutheran Church board, the Staples School Board and the Minnesota Electrical Association Board.

In many ways Doug was a bit of a social butterfly, he seldom missed his time with friends for coffee and BS sessions. One always knew where they stood with Doug, there were very few gray area’s, a trait that even the nurses at the VA home had mentioned. That was Doug!

Doug and Bonnie had two sons, Steve and Scott. Neither Doug or Bonnie missed a program or sporting event where their boys were participating. They were regulars at all these events, whether it be in Staples, or all over the country.

Doug and Bonnie loved fishing, on the Crow Wing, local lakes, but most fondly were their times with grandsons Josh and Travis. Most weekends would find them hooking up the boat in the motor home and off they would go.

They eventually bought a trailer and lot up on Leech Lake, this became a new destination for all of us, those were great times with a lifetime of memories. An avid golfer in his earlier days, Doug had never had a hole in one. On a short par 3 course near their lot on Leech Lake, his hole and one came to be with grandkids and family seeing it happen…we celebrated!

Perhaps, Doug’s favorite outdoor passion was goose hunting. Together with a group of local friends Doug became a member in Campflybye, a goose camp in southern Manitoba. The stories from here are endless, however his pride was his time with grandson’s Josh and Travis at goose camp. Doug was a great teacher and mentor, he always did it his way, a constant with Doug.

The stories and “Dougisims” would easily fill a book. We are a family blessed to have had Doug and a father, and Bonnie as a Mother grandfather and grandmother.

Doug is survived by two sons, Steve of Staples, MN and Scott of Randall, MN Doug had 2 grandsons, Josh of Rosemount, MN and Travis in Pillager. He was blessed with 4 great grandchildren, Kate and Julia daughters of Josh. Travis’s sons Garrett and Eli.

Doug was proceeded in death by his parents Edmond and Hazel and most recently wife Bonnie this past November.

Doug was grateful for his time and the care that was given to him at the Fergus Falls Assisted Living Home for Veterans, and we as a family are grateful for the services of all the wonderful people there.

Doug and Bonnie are together again, we are all happy for that!

To order memorial trees or send flowers to the family in memory of Douglas Grossman, please visit our flower store.