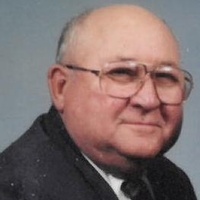 Donald Vergin, 85, of Motley, MN was called home on Tuesday, December 19, 2017 at the Lakewood Health System Care Center in Staples, MN. Services for Donald will be at 11:00AM, Thursday, December 28th at Christ Evangelical Lutheran Church in Baxter, MN, with Pastor Bill Werth officiating. Visitation will be one hour prior to services at the church.

Donald was born June 12, 1932 in Rockford Township, Minnesota to August and Mathilda (Meyer) Vergin. He was confirmed at Cross Lutheran Church in Rockford and graduated from Rockford High School. Donald served in the US Army from 1952-1954. He was united in marriage to Marianne Zaske on April 15, 1956 in Long Prairie, MN. Donald was self-employed at Vergin Trucking for over 40 years and Vergin Pet Supplies in Rockford. He was a Charter Member of the Rockford Lions Club, member of the Motley Lions Club, Wright County Fair Board, American Legion Post 124, Rockford City Council, Rockford Fire Department, and the Elmwood Cemetery Board.

To order memorial trees or send flowers to the family in memory of Donald Vergin, please visit our flower store.