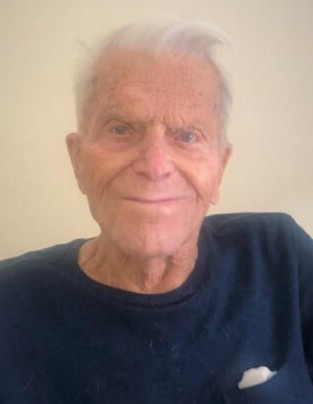 During his school years and following he worked for Frank’s Electric Company with Frank’s son and Don’s friend Pat Falk.

Soon after enlisting in the National Guard, he began working for Northwestern Bell Telephone Company.

He returned to work for Northwestern Bell Telephone Company.

Don and Phyllis Goodroad were married November 23, 1952 after Don returned from serving in the U.S. Army in Korea and Japan.

While working at Northwestern Bell at the Grand Forks Air Force Base, he started and built a Cable TV business serving Grand Forks air force base and some of the surrounding towns. Daughter Jeannie had her own North Dakota Wildlife show on one of the Cable TV channels.

Following retirement Phyllis and Don made a permanent move to Lake Shore, MN. They built a home on Agate Lake. On surrounding property, Don built storage buildings and garages. He worked part time for Houston Ford in Pine River.

Don and Phyllis were active in forming and building Crosslake Presbyterian Church in 2002. The buildings on his property were used to stain boards for the outside of the church. In 2014 when the church expanded and built a fellowship hall, Don was just as active at the age of 84 as he had been earlier. During that time, Don was also working as custodian of the Crosslake Church and taking care of Phyllis in her failing health. Phyllis died February 7, 2016 after 64 years of marriage.

He was preceded in death by his parents, wife Phyllis, brother Jim, brothers in law Jim and Harlan Goodroad, and mother – in – law Lydia Goodroad.

Services for Don Hoger will be held at the Highland Homes Cemetery in Jamestown, North Dakota on May 29, 2021 at 1:00 PM.

Memorials may be given to Crosslake Presbyterian Church, 14444 Daggett Pine Rd, Crosslake, MN 56442.

Arrangements have been entrusted with the Brenny Family Funeral Chapel.

To order memorial trees or send flowers to the family in memory of Donald Hoger, please visit our flower store.