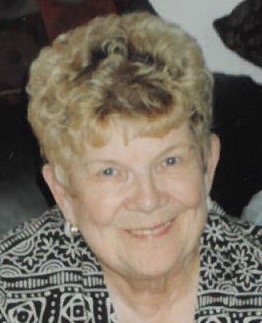 Dolores Ann Ackerson Manning, 87, of Staples, passed away peacefully April 27, 2020 at Lakewood Care Center in Staples. Private services will be held at Staples Church of Christ with Barry Kline officiating. Burial will be at Minnesota State Veterans Cemetery.

Dolores was born in Motley on December 2, 1932 to Raymond and Eligia (Holub) Ackerson. She was raised on a farm north of Motley in May Township along with two sisters and a brother. Graduating from Motley High School in 1951 and Normal school training in 1952. United in marriage April 20, 1954 to Arthur Manning at the Casino Assembly of God in rural Pillager. Dolores and Art made their home in Staples, Minnesota where together they raised four children. Along with raising a family, Dolores truly enjoyed her career as a country schoolteacher, teaching at Meadow Brook, Philbrook and other surrounding rural schools. After the country schools closed, she spent the next twenty-five years at Staples Elementary as a teaching assistant, retiring in 1995. She also enjoyed volunteering over the years as a Girl Scout Leader, a member of the Staples Food Shelf, Staples ’93 Lions, a trustee and organist at the Staples Church of Christ where she was also a member. She enjoyed and loved being around her family, grandchildren, and great grandchildren. Many hours were spent getting ready to entertain everyone for holidays and special occasions.

To order memorial trees or send flowers to the family in memory of Dolores Manning, please visit our flower store.