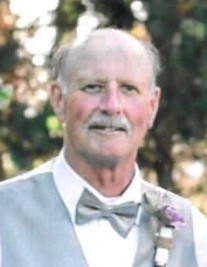 Daniel Ray Barrett, of Baxter, passed away peacefully February 9, 2020 in Watertown, SD. Services will be held 2:00PM Saturday February 15, 2020 at Brenny Family Funeral Chapel in Baxter, MN. Visitation will be one hour prior.

Dan was born in Brainerd on January 17, 1956 to Russell and Alice (Marohn) Barrett. He was a lifelong resident of Baxter, graduating from high school in 1974. Dan worked for Potlatch for 28 years and was coasting into retirement with Anderson Brothers Construction. He married his wife, Marcy Huber, in 1993. Their children were the loves of Dan’s life- Dain and Madison. His grandchildren Maelyn & Rhettly Barrett, gave Dan his proudest title of Grandpa.

Dan loved hunting and fishing with his family and friends. He spent several years white water rafting in Montana. His latest feat was helping Dain get his cherry red 1968 Charger up and running again. He would do anything he could do to help people. Dan had the gift of gab! A trip to Fleet Farm would take all afternoon. He loved the Minnesota Twins and the Vikings.

He is preceded in death by his brothers and sisters, Nancy Kangas, David Barrett, Janet Stimac, and Tim Barrett; brother in law Leland Liebeg; and several lifelong friends.

To order memorial trees or send flowers to the family in memory of Daniel Barrett, please visit our flower store.