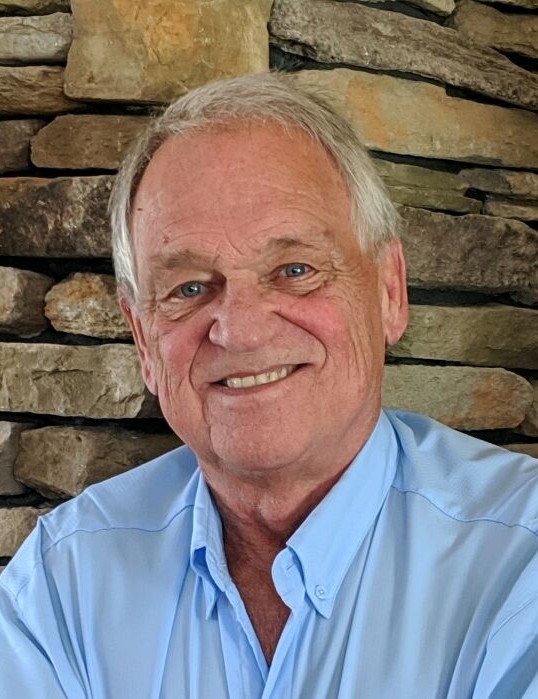 Danny Lew Nelson was born February 3, 1946 in Sioux Falls, SD and grew up in Canton, SD with his parents Floyd and Arla Nelson and little sister, Renae.  Dan was raised from a young age to have a love for all things sports and outdoors.  He spent his youth learning to hunt and fish alongside his father and his grandfather Ludvig.  He played football and basketball for Canton High School, where he graduated in 1964.

After graduation, he attended South Dakota State University to study journalism.  In 1968, he married Nancy Asper and they welcomed their first child, Christa.  1968 was also the year he began his journalism career as a sports reporter for the Fargo Forum.  He always valued the connections he made there, working under the direction of one of his favorite mentors, Ed Kolpack. He told stories the rest of his life about the friends he made while working at the Forum.  In 1973, he left Fargo to take the position of Sports Editor at the Bismarck Tribune.  Again, he formed friendships that he cherished the rest of his life—fellow writers, high school coaches, softball buddies.  He always had a special place in his heart for Bismarck and its people became his people.  His son Daniel was born in 1980 and he gained a new fishing and hunting partner for life.

In 1978, he left the Tribune to strike out on his own as a freelance writer and outdoorsman. He wove an eclectic career from his passion for the outdoors.  Some of the many hats he wore over the years included participating in countless fishing tournaments with his favorite fishing partner, Bill Mitzel, authoring his book ‘Walleye Fishing on the Missouri River Systems’, hosting fishing and radio spots on KFYR, working for his favorite tackle company Lindy Little Jo and promoting and producing hunting and fishing television shows for Babe Winkelman and Ducks Unlimited.

Dan moved to the Brainerd in the late 80’s where he met his other fishing partner, Deb Fornshell, and they were married in 1995.  Dan and Deb moved around the Dakotas and landed in Bismarck where he rounded out his career as editor for Delta Waterfowl’s magazine.  They loved their time in Bismarck but left for MN to be closer to the grandkids. Even after retirement, Dan continued to write as a regular contributor to Lakes Country Journal and writing memoirs, family history and recipe collections for his grandchildren. Dan was a devoted grandfather who was his grandchildren’s cheerleader in all their endeavors.  He and Deb loved creating in their kitchen, where they cooked up a storm for family and friends.  They spent their evenings cooking and enjoying ‘winetime’ while counting their many blessings.  A lifetime learner, he had a passion for the written word and loved to read as much as possible.

He was preceded in death by his parents, Floyd and Arla Nelson and his bonus son, Dustin Fornshell.

A Celebration of Dan’s Life will be held Thursday, July 15 at Lakewood Evangelical Free Church in Baxter at 10:30 AM. A visitation will take place at 10:00 AM. Lunch will follow.

To order memorial trees or send flowers to the family in memory of Dan Nelson, please visit our flower store.