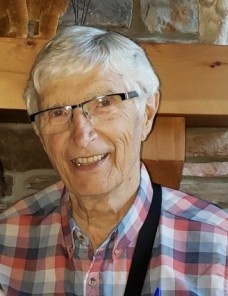 Dale Melberg, 81 of Crosslake, passed away at his home on June 23, 2021 from complications of cancer with family by his side. Dale was born February 7, 1940 in Minneapolis MN to Oscar and Marie (Lindquist) Melberg. In the early years of his childhood he lived in Hector, MN, Richfield, MN and Willmar, MN. Dale graduated from Willmar Senior High School in 1958. He moved to Minneapolis and attended the University of Minnesota, studying electrical engineering.

On July 15, 1962 he was married to Sandra Drew. In 1963 Dale was drafted into the U.S. Army and stationed in Okinawa, Japan. He was a Nike missile repairman. In 1965 he returned to Minneapolis and rejoined the Appraisal Engineering Bureau where he had worked while in college. He eventually became the owner of that business. Electrical engineering was exchanged for real estate appraising. During the course of his career, he provided appraisal services to Anoka and Ramsey Counties and many other real estate entities.

Dale was one of the original members of the St. Anthony Athletic Club where he played handball, racquetball and took long walks along the Mississippi River. His favorite watering hole was Nye’s for a jumbo martini.

In 2004, Dale and Sandy built their retirement home on the Whitefish Chain of Lakes in Crosslake, MN. As a resident of Crosslake, Dale served on the Planning and Zoning and Public Works Commissions. In addition, Dale was a long time member of the Whitefish Area Property Owners Association and volunteered to test water quality conditions on the Chain.

When he wasn’t busy with all those activities, you could find him at his farm in Bagley, MN, riding his tractor and spending every hunting season with his buddies John, Tom, Allan, David and Sam.

Dale is survived by his wife, Sandra; brother, Curtis; sister Paisley (Dennis) Baklund; sister-in-law Sally Drew; many nieces and nephews and other family relatives. No services are planned at this time. Interment at a later date will be at Fort Snelling National Cemetery. In Dale’s memory, donations may be made to WAPOA, P.O. Box 392, Crosslake, MN. 56442. Designated to Water Quality.

A Life Didn’t Just End, A Life Was Lived.

Arrangements have been entrusted with the Brenny Family Funeral Chapel, Crosslake.

To order memorial trees or send flowers to the family in memory of Dale Melberg, please visit our flower store.