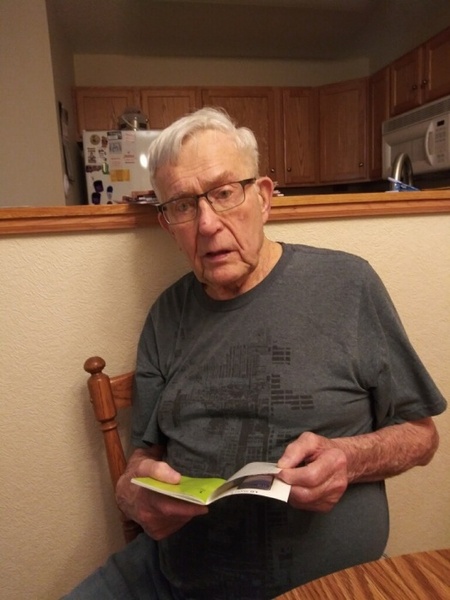 Dale was born on April 16, 1933 in Anoka, son of George and Barbara (Banwart) Hentges.  He grew up and was educated in Anoka, graduating from high school there.  He was united in marriage with Roselane “Rosie” Baggenstoss on September 17, 1955 in Mason City, Iowa.  They made their home in Anoka, where Dale worked driving truck doing local deliveries until retiring in 1995.  In 1996, they retired to Backus, MN and wintered in Florence, Arizona.

Dale enjoyed bowling and had bowled a ‘300’ and a ‘299’.  He and Rosie enjoyed Bingo and took the bus regularly to Bingo Halls and Casino’s throughout the area.  They also enjoyed playing cards, especially 500.

Dale is survived by his wife of almost 65 years: Rosie of Baxter; children: Tom (Significant Other: Sandy) of Coon Rapids, Tim (Theresa) of Mille Lacs and Diane (Greg) Johnson of Isanti; three granddaughters and a grandson, and six great-grandchildren. Dale was preceded by his parents and his siblings.  Arrangements have been entrusted to the Brenny Family Funeral Chapel of Baxter, MN.

To order memorial trees or send flowers to the family in memory of Dale Hentges, please visit our flower store.