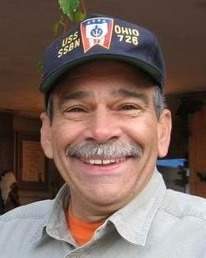 Courtney was born on March 11, 1944, to Courtney Sr. and Corrine (Sio) Lechert in Chicago, Illinois. He was an engineer for more than forty years and served four years in the Navy. Courtney was a volunteer firefighter and on an underwater rescue team.

Courtney enjoyed wood working, chopping wood, and working with stained glass. He loved being outdoors whether he was hunting, fishing, swimming in the lake, or in his flower garden. Courtney was a collector of many different items and was known by his signature laugh and funny phrases. He will be missed by all who knew him.

Courtney is survived by his children Christine (Tim) Friendt, Michelle (Chad) May; grandchildren Taylor and Parker Friendt, Nathan, Samuel, and Izzy May; sister Linda Lechert Fialko (John); and many nieces and nephews. He is preceded in death by his parents; sisters Judy Happ and Adrienne Nubbymeyer.

There will be a Celebration of Life held for Courtney on September 17, 2022 at 11:00am at the Brenny Family Funeral Chapel, Baxter. Military Honors will be at 12:45pm.

Court's Family requests that in lieu of flowers, donations be made in memory of Court to Lakes Area Habitat for Humanity - 1110 Wright Street, Brainerd, MN 56401.

To order memorial trees or send flowers to the family in memory of Courtney John Lechert, JR, please visit our flower store.