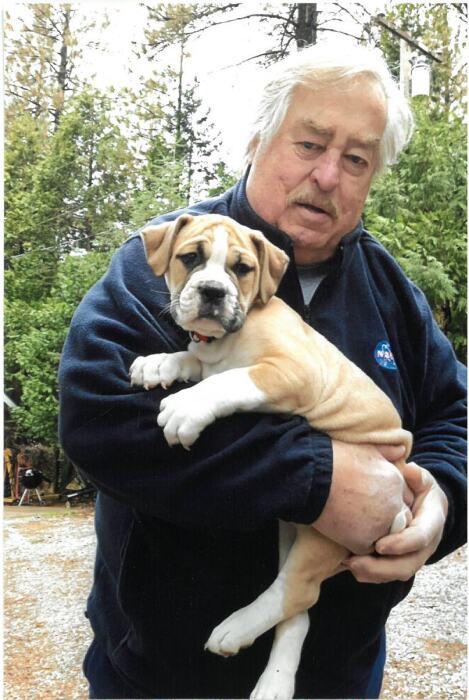 Clellan “Tom” Cahoon, 83 of Brainerd, passed away on October 6, 2021. Services will be on Friday October 15, 2021 from 2pm – 4pm at the Brenny Family Funeral Chapel in Baxter with a visitation starting at 1pm.

Tom was born on August 10, 1938 in Brainerd to Jesse and Lucile (Dullum) Cahoon. He joined the Air Force and honorably served from July 1956 – July 1962. Tom’s career in telecommunications began in the Washington, D.C. area. His career continued when he relocated to Northern California. Tom’s jobs took him around the world several times. His family and friends loved to hear the stories from his travels.

After his retirement Tom moved to Pioneer, CA where you would find him and his dog Baxter working at the Pioneer Hardware store. Retirement also included volunteering at historic train stations and building large train models. He loved riding his Victory motorcycle with friends or with the Victory Motorcycle Club. He made many trips cross country on his motorcycle with his last being at the age of 78. Tom’s free spirit continued with his passion of restoring and speeding in his ‘78 and ‘81 Corvette’s. Tom’s love of family brought him back home to Brainerd, MN to be near his family and friends.

Tom is survived by his daughter Leslie Cahoon, siblings, Richard (Adrienne) Cahoon of Brainerd, and Joyce Masters of Crosby, several nieces and nephews and his constant furry companion, Bentley. He was preceded in death by siblings, Cheryl Cahoon and Gerald Cahoon and his furry friends Spike and Baxter.

In lieu of flowers, donations can be made out to the Brainerd American Legion Post #255.

To order memorial trees or send flowers to the family in memory of Clellan "Tom" Cahoon, please visit our flower store.