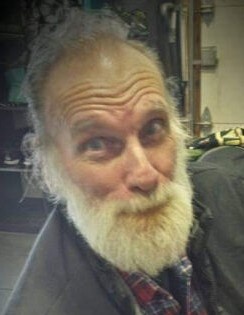 Calvin Robertson, 77, of Motley, passed away on July 6, 2021. Services will be held at 2pm on July 16th at the Brenny Family Funeral Chapel in Staples. A visitation will be one hour prior to services. Interment will be held at the Minnesota State Veterans Cemetery at a later date.

Calvin was born on  May 29, 1944 to Bernice Gillson and David Robertson in Pillager, Minnesota. In 1962 he joined the Army. Calvin could make a friend in everyone he met. He was a good story teller and had one of the kindest hearts out there. He was a hard worker and enjoyed being a logger and a scrapper.

Calvin is survived by his ex-wife, Ora Kuebler, children; Jessica Johnson and Glen Gillson, many siblings, grandchildren and great-grandchildren. He is preceded in death by his brother Bob Gillson, Parents Bernice Gillson and David Robertson, sister Carol Houston and Grandson Alec Gillson.

Arrangements have been entrusted to Brenny Family Funeral Chapel, Staples.

To order memorial trees or send flowers to the family in memory of Calvin Robertson, please visit our flower store.