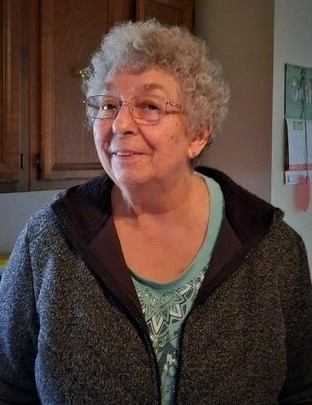 Betty Jean Larimer, age 81, of Frazee, Minnesota, passed away peacefully on February 19, 2022, in Brainerd, MN. A memorial service for Betty will be held on Thursday February 24, 2022, at 1:00pm at the Brenny Family Funeral Chapel in Crosslake, MN. There will be a visitation prior to the service, at 11:00am. There will be a light lunch served after the service. Burial will be at a later date at Wyuka Cemetery in Nebraska City, NE.

Betty was born on September 19, 1940, to Levit ‘Ted’ Usher and Lola Mae Johnson-Usher in Cedar Rapids, Iowa. She had 12 brothers and sisters. On October 15, 1960, Betty was united in marriage to her husband Ralph in Iowa. Together, they had three children. Betty was a homemaker and enjoyed fishing and traveling. She remained very close with her brother Jerry Usher.

Betty is preceded in death by her husband Ralph, her grandson Timothy Hoff, her daughter in-law Evelyn Larimer (Miller), and her son Scott Larimer.

Arrangements have been entrusted to Brenny Family Funeral Chapel, Crosslake.

To order memorial trees or send flowers to the family in memory of Betty Larimer, please visit our flower store.