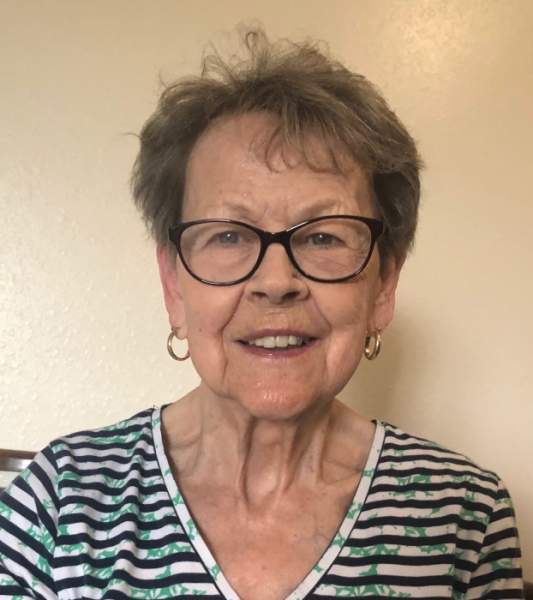 Barbara Ann Roberts Reimer, age 85, died on Wednesday, April 7, 2021 at Good Samaritan Society – Woodland in Brainerd.  A memorial service will be held at 11AM on Friday, April 30, 2021 at the Brenny Family Funeral Chapel, Baxter.  Rev. Matthew Sundquist will officiate and a private family burial will take place at Scandia Valley Cemetery near Lake Alexander.  Visitation will be one hour prior to services on Friday at the funeral home in Baxter.

Barbara was born on December 12, 1935 in Motrose, SD to Amund and Anna (Ostrem) Storevik.  She grew up in Sioux Falls, SD and where she started her career at the local bank.  Barbara met Lee Roberts at this bank and it was love at first sight.  The couple was married at East Side Lutheran Church in Sioux Falls, SD.  Barbara and Lee lived in the twin cities until moving to Lake Alexander in 1964.  Barbara was a little unsure of this move; as the city girl had never seen the true night sky of the great up north.   20 years after Lee’s untimely passing; Barbara married Joseph Reimer at Pine Ridge Golf Course in Motley.  She walked strongly in her faith and was a member of First Lutheran Church in Pillager.  Barbara enjoyed singing traditional hymns, especially to comfort and provide positivity to others.  She enjoyed sewing in her younger years, and most recently reading, and socializing with friends.  Barbara taught her family to make good choices, be kind to others, and do not hold a grudge and see the positive.  She was direct, classy, and loving.  Life was always better with a fresh trip to the salon, nails perfectly manicured and polished, and lipstick just completes the day.  She will be dearly missed by all who knew her.

To order memorial trees or send flowers to the family in memory of Barbara Roberts Reimer, please visit our flower store.