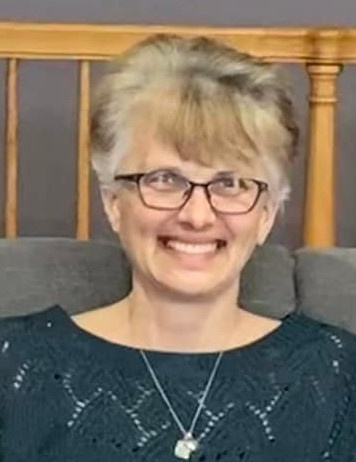 Barbara Jean Forster was born in Minneapolis on June 6th, 1970 to parents Victoria and Robert Forster. Barb was very close with her father, and the two enjoyed watching wrestling together, long bike rides around the city, and listening to Shania Twain. Much of her childhood was spent in the Twin Cities area, where she eventually met her long-time partner, Michael Carlson. The couple had two children, Ashley and Robert, who they raised mostly in the Alexandria area. Barb worked for many years as a manager at Burger King, where she shared her bubbly personality with many  in the community. In 2010, Barb welcomed her first grandchild, Wyatt, and her life took on a whole new meaning. Barb loved everyone, but being a grandmother was her calling. After Mike's diagnosis of cancer in 2015, Barb and Mike moved in with Ashley and Barb's second grandchild, Layla, until his passing in 2016. After that, Barb decided that living with her grandchild was better than living alone could ever be, so she stayed. When Ashley and Layla met Josh and decided to move to Brainerd, Barb came along for the adventure. Barb then began working at Walmart, where her caring and friendly personality quickly gained her the love and respect of her coworkers and a new community. Barb will be remembered as a great friend, a kind spirit, but most of all, the best grandmother. She had endless energy for chasing the kids in circles around the yard, biking to the beach, or taking walks that just so happened to end up at the gas station where giant icees were bought. She was diagnosed in August of 2021 with colon cancer. She spent 10 months going through chemo and putting up a good fight, but she also filled those 10 months with so much joy and doing her favorite things- Watching Wyatt play football, attending Layla's dance shows, playing video games with Bryer, chasing Landon and making him laugh so hard he couldn't breathe, talking about Paw Patrol with Amaya, dreaming of holding Bentley when he is born later this fall, and throwing the ball for grand-pup Russell (kidding, she loved to dislike that dog). She celebrated her birthday earlier this month at the casino and kept the local Caribou alive with her almost daily requests for a Campfire Mocha.  Barb passed away peacefully at home, with the smell of morning coffee in the air and her family by her side.

The family is having a small Celebration of Life in Alexandria on Friday, 7/1/2022 from noon-4pm at Sue's home.

To order memorial trees or send flowers to the family in memory of Barbara Forster, please visit our flower store.