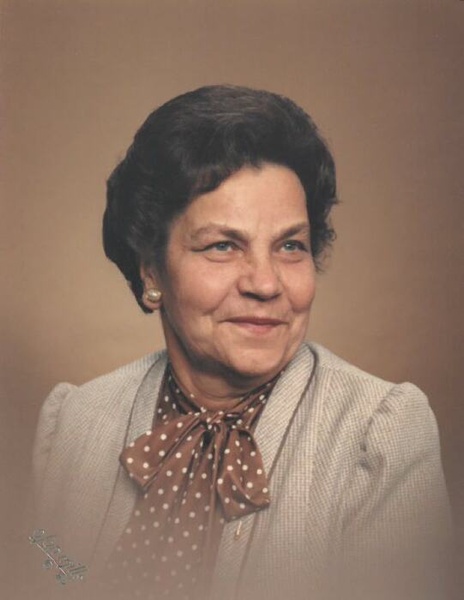 Ausma Zenija Birznieks was born on February 17, 1923, in Dzukste, Latvia, the daughter of August and Olga Kalnins.  She died at the age of 97 on October 17, 2020 at Edgewood-Baxter Assisted Living.

Ausma had a happy childhood and graduated from high school in Dzukste, Latvia.  She married her beloved Adolfs on August 30, 1941.  When the Russians invaded Latvia in 1943 they fled to Germany with other Latvians where they worked in a labor camp.  In the spring of 1945, the American forces freed them and they moved to Aub, Germany and then to a displaced persons camp in Wurzburg, Germany.  In 1949, with sons Uldis and Maris, they immigrated through Ellis Island, New York to Webster, South Dakota where their third son, Valdis, was born. Ausma was a wonderful homemaker, and she raised her active sons.  In 1969, Ausma and Adolfs moved to Minneapolis until Adolfs death.  Ausma continued to live independently in their Minneapolis home until 2007 when she moved to Excelsior Place Catered Living in Baxter, MN.  Ausma often said she was lucky to spend her “golden years” at Excelsior Place/Edgewood-Baxter.  Thank you to the wonderful staff at Edgewood for your genuine loving care for Ausma.

Ausma was an avid sports fan and “cheered” for her beloved Twins and Vikings until 2020.  Ausma is survived by sons, Uldis and his wife Patricia of East Gull Lake, MN and Valdis and his wife Patricia of Aurora, CO; daughter-in-law Barbara Birznieks of Detroit Lakes, MN; eight grandchildren, and fifteen great-grandchildren.  Her family was “Ausma’s life.”  They are the legacy of this inspiring woman.

She was preceded in death by her husband Adolfs, sister Rita, son Maris, and great-grandsons Jacob Birznieks and Gunner Birznieks.

To order memorial trees or send flowers to the family in memory of Ausma Birznieks, please visit our flower store.