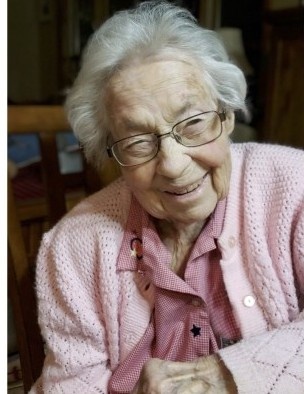 Audrey Marie Payette Breun, 92 of Garrison, was born April 1, 1928, daughter of Ferdinand and Mary Payette in Anoka Minnesota. She married Dell Breun August 19, 1950 and raised four children in Champlin, MN. They were happily married until Dells’ passing December 23, 2016. She loved spending time together fishing on Kenney Lake with Dell, taking pontoon rides and visiting with friends. In later years, Audrey and Dell were able to enjoy winter months at their park home in Fulton, Texas.

She was preceded in death by her husband, parents, five brothers and one sister, one grandchild and one niece.

A private service will be at a later date at Our Lady of Fatima Catholic Church in Garrison.

To order memorial trees or send flowers to the family in memory of Audrey Breun, please visit our flower store.