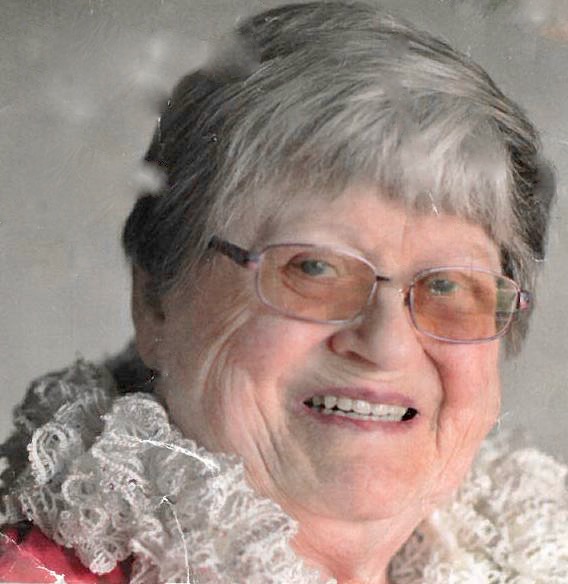 Arlene B. Lewis, age 84, of Staples died on Saturday, February 20, 2021 at the Encore of Maplewood Assisted Living in Maplewood, MN.  A graveside service will be led by the family at Woodside Cemetery in Wrightstown, MN at a later date.  Arrangements have been entrusted to Brenny Family Funeral Chapel, Staples. Please send all cards and condolences to Shell Stave-Curtis, 1391 County Road A, Deer Park, WI 54007.

Arlene was born on December 5, 1936 in Staples to Ernest Sr. and Jane (Olson) Junker.  She married Ronald Stave on December 6, 1954 in Staples.  The couple had three daughters and later divorced.  Arlene married Glenn Lewis on August 6, 1959 in Sisseton, SD; the couple had two sons.  She worked for the Staples-Motley school district as the principal’s administrative assistant for over 20 years until her retirement in 1991.  Arlene enjoyed playing cards on her laptop computer, designing and making numerous craft items for Christmas gifts.  She was a devout Seventh Day Adventist and walked strongly in her faith.  Arlene loved her husband, home, children, grandchildren, and great grandchildren; but loved Jesus the most.  She will be dearly missed by all who knew her.

To order memorial trees or send flowers to the family in memory of Arlene Lewis, please visit our flower store.