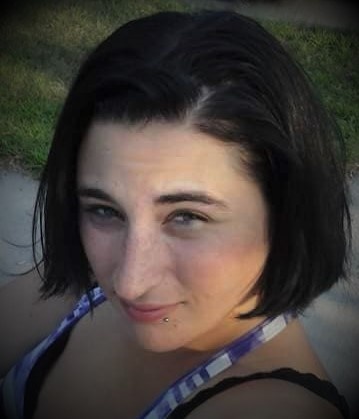 On July 21, 2020 the gates of heaven opened up welcoming Amanda Marie Munger to join our heavenly father above.  A celebration of Amanda’s life will be held at 2PM on Wednesday, July 29, 2020 at the Brenny Family Funeral Chapel, Staples.  Visitation will be on hour prior to services on Wednesday at the funeral home in Staples.

Amanda was born at the Mountain Home Air Force Base in Mtn. Home Idaho, to Colleen and Kevin Parrish on November 20, 1987.  After her parents divorced, Amanda continued to call Idaho her home until she was 11.  At that time she moved to Minnesota with her dad.  She remained close to her mother over the years.

Amanda graduated from Staples Motley High school in 2006 and married Cody Robinson just prior to graduation. They have two children together. Korden and Korrianna Robinson.  After their marriage dissolved, Amanda found her husband Danny Munger.  They were joined in holy matrimony on July 9, 2016.  Danny and Amanda have two children, Ryider and Tyison Munger.

Amanda loved life and had a big heart.  She was compassionate and caring.  You never knew what color hair, or what new tattoo, Amanda would have from one day to the next.  She would take in all the animals in the world, if she had the chance to.  She lost (or broke) her phones more often than babies lose their teeth.  She cared deeply for all those close to her sometimes going out of her way to help, even if she went without. Amanda appreciated her Pepsi and was always hungry.  Amanda had many friends who will miss her greatly.

To order memorial trees or send flowers to the family in memory of Amanda Munger, please visit our flower store.