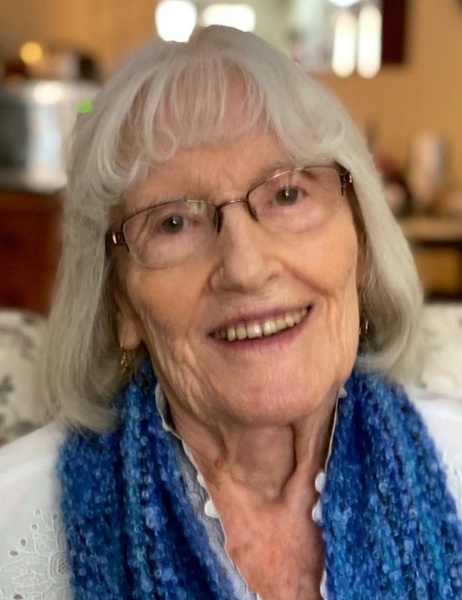 Rauha Matilda Salli, age 90, passed away on November 23, 2021, at her home at Woodland Good Samaritan in Brainerd. The former Rauha Korpela was born at home on the family farm in Wakefield, MI on July 28, 1931, to Waino and Hilda Korpela. Born a feisty preemie, she spent her first days in the farmhouse kitchen, in a shoebox on the open oven door of the woodstove. She carried that feisty spirit throughout her life. Rauha graduated from Wakefield high school in 1950. After graduation, she worked as a secretary in Waukegan, IL at the Great Lakes Naval Base. In 1973 she earned an LPN degree from Gogebic Community College in Ironwood, MI and worked at local nursing homes and as a private nurse.

On April 12, 1952, she was married to Oiva Salli at First Lutheran Church (now All Saints) in Wakefield. Rauha was a member of All Saints for many years. She was proud of her Finnish heritage and had been a member of the National Finnish-American Festival. She devoted herself to cooking, sewing, and handwork, and after she and Oiva took over the family farm outside Wakefield, they enjoyed planting a huge garden every year.

Cremation has taken place. There will be a gathering to celebrate Rauha’s life back home in Wakefield in the summer of 2022.

To order memorial trees or send flowers to the family in memory of Rauha Salli, please visit our flower store.