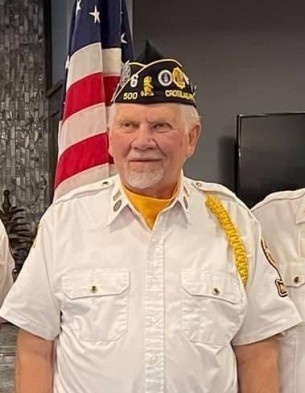 Joseph (Joe) Marvin Wiltsey or “Pops” as he was called by those who loved him died on Sunday, November 28 at Abbott Northwestern Hospital in Minneapolis from complications following heart surgery. He was 73 years old. It was Joe’s heart that made him who he was as a person, husband, father, friend and comrade and even though he is now at rest his legacy lives on.

Joe was born to Margie Emily (Klynstra) and Marvin Warren on November 2, 1948 in Minneapolis. He and his older sister Jean grew up “in the Heights” (also known as Columbia Heights). In 1958, he and his family started spending weekends and summers in Crosslake on Velvet Lake, which was then a family run resort with cabins all along the shoreline. Since that time, Joe has made Velvet Lake his home away from home and then, in 1997, he and his wife Pam made it their permanent home.

Joe graduated from Columbia Heights High School in 1966. He went on to earn a B.S. degree in 1975 in Soil & Water Resource Management from the College of Agriculture at the University of Minnesota, Twin Cities. His career with the United States Department of Agriculture (Natural Resources Conservation Service or NRCS) spanned 31 years.

Joe’s work in conservation and care of the earth extended beyond work to his personal life. To know Joe was to know that he loved the outdoors and never took our resources for granted. He loved to hunt and fish all year long and cherished his time in his deer stand and his fish house as well as planting and caring for the trees near his home.

Retirement for Joe in 2005 was bittersweet. Always the consummate worker, he soon learned to fill his days with more projects and work than he had before he retired. There was always something to do, and often you would find him in his garage or in the garden attending to just “one more thing” before the sun went down.

Joe’s service for his country and his unwavering support of the U.S. Armed Forces was a guiding principle in his life. Joe served honorably with the United States Air Force achieving the rank of Sergeant. He was honorably discharged in 1972 after training and serving in Germany and Turkey as a Flight Medic. Joe was an active member at the Crosslake American Legion, Post 500 where he served as Post Commander from 2012-2013 and as an Adjutant up until his death. Joe was equally committed to educating future generations about our Veterans and service. On this past Veteran’s Day, Joe’s last visits to the Crosslake Charter School and Whitefish Living Facility were particularly challenging given his failing health, but it was important to him to be there as part of the Color Guard.

On June 24, 1995, Joe married the love of his life, his wife Pam at Crosslake Lutheran Church and then held a party to be remembered at their home on Velvet Lake, complete with a pig roast and dancing under the stars. From there, they lived a life devoted to their home, their family and friends, their service and each other. Their home on Velvet—a home designed and built by Joe--was always a hub for great, often spontaneous dinners, drinks on the deck, swimming in the lake or just chatting on the dock. Joe was an expert cook (his smoked ribs, buckwheat pancakes and bacon were pretty darn legendary) and his “Barbecue Central” was the place to be during the warmer months for a cold beverage and a good long talk while he worked his magic on the grill.

Joe and Pam loved to travel, and their shared wanderlust took them back and forth from Oklahoma to California to New Mexico and Arizona as well as Rockport, Texas where they spent many wonderful winters by the Gulf. Whether it was on their Harley in the earlier years or taking the long way in their RV, Joe and Pam loved adventure, discovering that out of the way restaurant or trinket shop, enjoying the warm sun on the water or just talking for hours as the scenery flew by. Up until recently, they usually had one of their yellow labs in tow (RIP Harley and Buck), and no matter how busy they were, they took the time to watch the sun go down with a couple of Manhattans because it’s five o’clock somewhere.

Instead of gifts or flowers, please consider making donations to the following organizations in Joe’s honor:  Homeless and Wounded Warriors of MN -OR- Eagles Healing Nest in Sauk Centre

A Celebration of Life will be held at the Crosslake American Legion, Post 500 in Crosslake, MN on May 21, 2022 starting at 2:00 pm. All are welcome to join us in celebrating the life, heart and legacy of Joe Wiltsey, our beloved Pops.

To order memorial trees or send flowers to the family in memory of Joseph Wiltsey, please visit our flower store.